Revisiting the ATL on the way to Florida

My buddy Barry and I have started an annual road trip from the DC area to Florida for a December cruise.  This year we planned for a longer drive to take in some sporting events and visit friends and try a few new Triple D places.

Our trip started with a stop in Lynchburg, VA to see a basketball game at Liberty University.  The second day we headed to Mt. Airy, NC in the morning to visit the boyhood home of Andy Griffith and see the town that inspired Mayberry.  Any visit to Mt. Airy is incomplete without enjoying a famous Pork Chop Sandwich at the Snappy Lunch.  This sandwich and place was mentioned on an early season episode of The Andy Griffith Show. 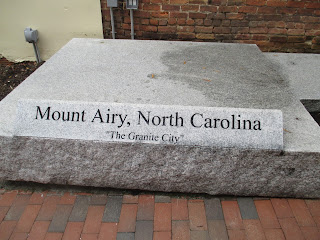 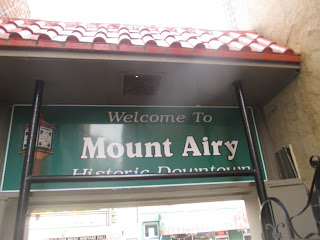 From Mt. Airy we headed to Charlotte for the night to take in the University of North Carolina Charlotte 40rs vs the James Madison University Dukes in basketball.  I am a fan of JMU and although they played a good game Charlotte won the game by 9.


From Charlotte we moved south to Atlanta.  We took a break from the ball games in Atlanta to visit with some friends from high school that have relocated to the Atlanta area and also try a couple new Triple D places.  After the 3 hour drive and settling into the hotel for the night we headed out to the Buckhead area of Atlanta to a unique place.  "The General Muir" is a classic Jewish style deli that is named for the ship that brought oppressed Jewish people from Nazi Germany.  As you enter there is a dining area on the left side of the restaurant and a huge bar in the middle and on the right is a deli counter.  We took a seat at the bar and Barry chose the Chicken Salad Club and I chose the Classic Pastrami Sandwich with Chopped Liver and Thousand Island dressing.  Barry's sandwich was a huge triple decker and looked delicious.  My sandwich was great.  Pastrami piled high on soft rye bread with a layer of chopped liver and Thousand Island Dressing on top.  The pastrami was unreal, delicious, sliced thick with a tasty, spicy bark and just the right amount of marbling.  I always thought that I wasn't a fan of pastrami but now I think it was that I just hadn't had it done right!  All of the breads for the restaurant are made at their own bakery located next door. 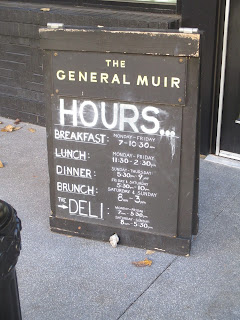 I asked our bar waiter to sign my book and he had the chef sign it. Barry and I took off to relax fro a few hours before we would head to visit with some friends for dinner.  The General Muir was my 528th Tripe D visit!

Dinner was panned for an old southern style place on the north side of Atlanta.  I had contacted a few friends that live in the area to join Barry and I for dinner at "The Colonnade Restaurant".  This is an old dining room, with an emphasis of home cooked style meals.  I was pleasantly surprised to be joined by Chris, a fellow Triple D enthusiast, who was in Atlanta for business.  My high school friend Suzanne and Jeff joined us and it was a fun evening of old and new friends.  We were fortunate that the restaurants "Early Bird" menu was available!  I decided on the Chicken Fried Chicken dinner which included salad, The Colonnade's special creamed corn along with crackers and roll and even included a bow of peppermint ice cream!  The food was great, but was overshadowed by being with such wonderful friends.


During dinner we were visited by the Chef who talked with us for a few moments and signed my book.  He graciously took some pictures with us before having to attend with his duties in the kitchen.  The two hours flew by as we caught up on old times and talked about the many Triple D places that both Chris and I have been able to visit.

Chris is someone I had never met in person but is active on the Triple D Facebook pages so it was great to meet him in person.

Suzanne and Jeff are long time friends from high school and it was great to catch up with both of them and Suzanne is one of my dearest friends, I always cherish my tie visiting with her! 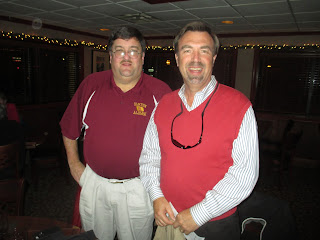 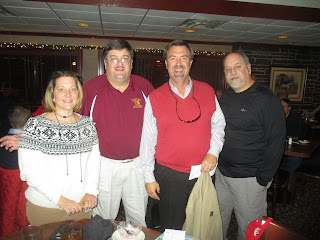 The group said our goodbyes and headed out after a wonderful evening of great food and friends.  I look forward to seeing all of them again very soon.  Barry and I went off on our adventures after visiting my 529th Triple D location!
Posted by ALLERGB at 7:32 PM